One Friday last October was particularly nuts. I was late for EVERYTHING. It started with an orthodontist appointment where the doc realized my 8-year-old son needed more work than we actually came for. When I told the orthodontist he needed to be at school for a field trip in 20 minutes, he went to town pulling out brackets and a spacer and fitting him for a retainer. It was a fast and furious (and bloody) ordeal. When it was over, I whisked my son to school just in time to make the field trip bus. My next mission was to return home and get my oldest daughter off to school–very late. Now it was time for a few games of volleyball at the church which came to an abrupt end when we realized the kids snuck out the nursery room window and were running around outside.

Later that afternoon when I got a call from the school on my way to pick up my daughter for a doctor appointment, I assumed she was calling to tell me I was late. Instead, it was my son calling to tell me he got kneed in the eye while playing tag on his field trip. His eye was almost swollen shut. So I decided to take all 3 of my school kids to the doctor appointment with me– they all needed flu shots anyways.

While I was in the school office checking the kids out (3 minutes–max), my 4-year-old son waited for me with my sleeping baby. I had brought my makeup bag with me so I could throw some on before heading to the doctor appointment. When I finished checking the kids out, my son had drawn all over his face for the *second time* that day. We were a sight to be seen in the doctor’s office: one kid with a swollen eye, two kids with a cough, one with eyeliner all over his face. That’s when I realized I never fully rinsed all the conditioner out of my hair from my shower 20 minutes earlier. So we added a makeup-less mom with greasy hair to the mix. Luckily, our pediatrician thought it was hilarious and didn’t report me to Child Protection Services.

The afternoon continued with falls, spills, tears, and sore arms and thighs from flu shots and vaccines at the doctor. The good news is my daughter and her dad were able to have a fun time at a pinewood derby for girls. The poor girl carried on the (strong) Andersen family Legacy of coming in last place, because she put her car together in less than an hour without any guidance from her busy dad.

Good. Heavens. This was a Friday that just kept on giving! We had a hearty laugh as we re-traced the events of the day before bed that night. Thankfully, not every day as a mother of five is this eventful, but really do love this crazy life of mine.

Mom-Life in May: The tale of the catastrophic soccer game 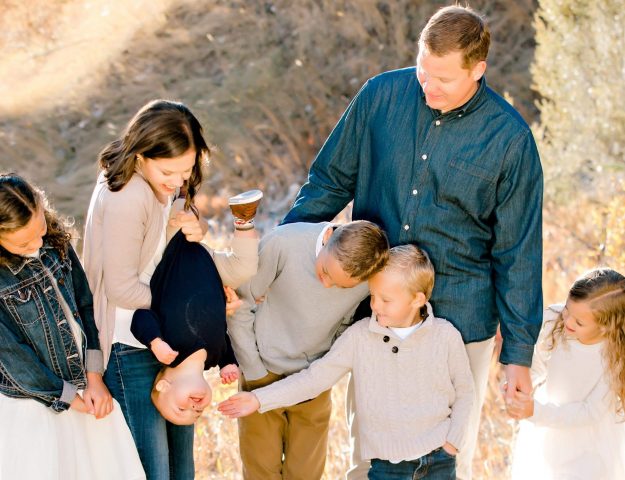 Perfection is Not Real–Theme for Setting Goals in 2020