How I Found Intuitive Eating 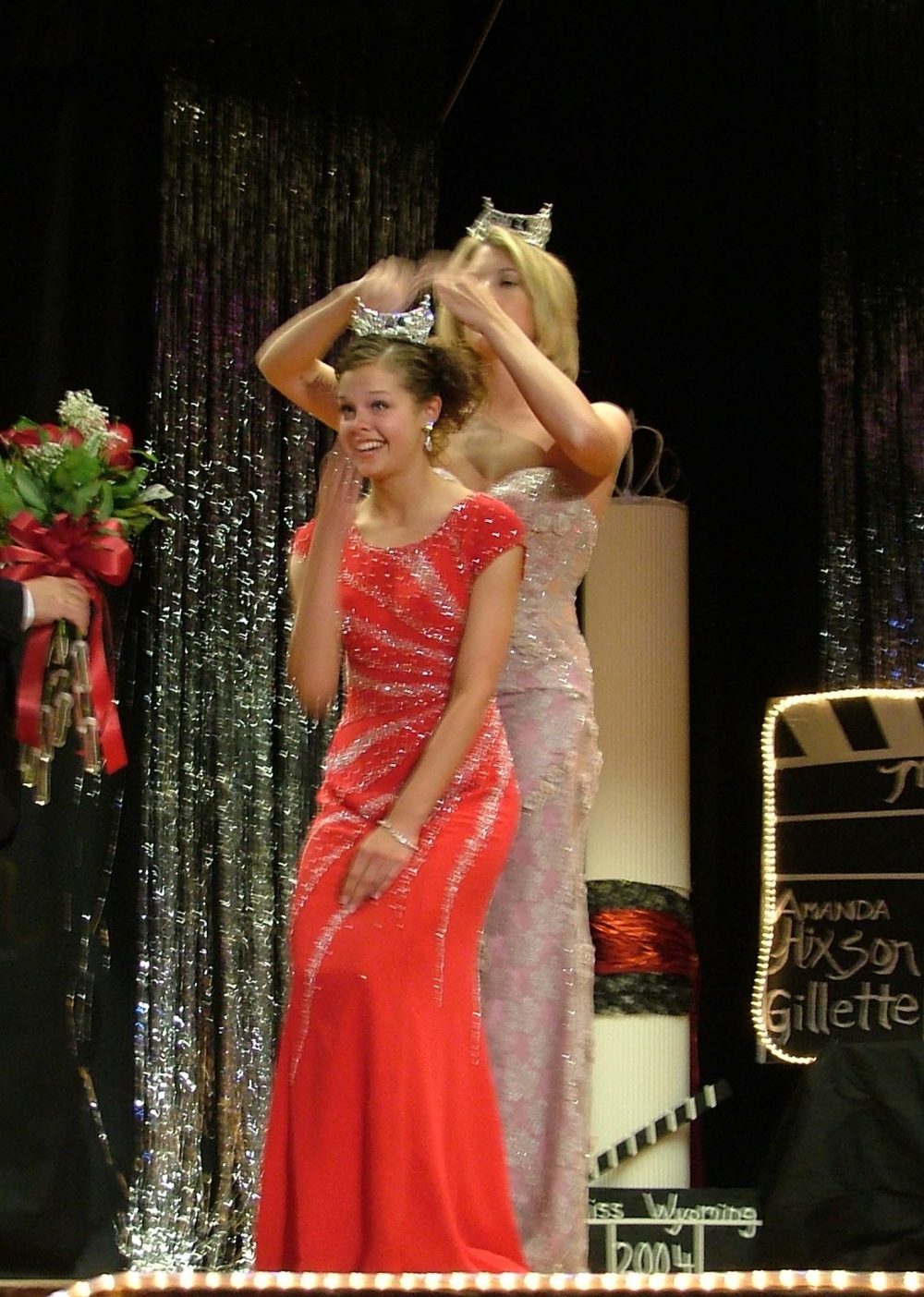 In June 2004, I embraced a world I knew nothing about as I prepared for the Miss America competition. I know. That wasn’t what you were expecting to read just now. So let me back up and explain a few things. But first, a bit of warning: if you are currently recovering from an eating disorder, several remarks here can be quite triggering. This is my personal story, so I feel it is important to include some of these details. However, this could be damaging to your recovery, so I suggest coming back to read this at a later date when your relationship with food and body is healthy again.

By the end of my senior year of high school, I had a spot waiting for me at Brigham Young University (BYU), but I needed a scholarship in order to pay the tuition. Unfortunately, my grades weren’t high enough for an academic scholarship, my vocal abilities were shy of a music scholarship, and my mad volleyball skills (*ahem*) were certainly not good enough for an athletic scholarship. Thus, in a random series of events, I found myself applying for the Miss Wyoming Scholarship Program. I had hopes of entering the state pageant and earning enough money to get through my first year of school. SHOCKINGLY, I won the whole shebang!

Immediately following my crowning, I was assigned to a physical trainer. For most of the summer, we focused on lots of treadmill work-outs and resistance training. The nutritional advice she initially gave me was to eat as healthy as I could and avoid treats. Two weeks before I left for the competition, she introduced “The Stage Diet” to me.  I was instructed to continue avoiding sweets and treats, but now I was allowed just 6 servings of grains per WEEK. Acceptable grains included brown rice, whole wheat tortillas, and oatmeal. Bread was a no-no. It was difficult to stick to, but being the people-pleasing-elder-respecting-competitive girl I was, I followed the diet religiously. I ate all the time, because I never felt full. Then it was time to take off for the East Coast. By the time I left, I had lost only 5 pounds, but I had lost SEVERAL inches. My body fat percentage was around 11%.

For some reason, I thought I was supposed to continue the diet through the two-week competition. That was a misunderstanding on my part, because I was actually supposed to stop the diet before leaving. Continuing the diet was no problem, though. I was so zoned in on this low-carb diet that I couldn’t think outside of it. I was a walking nutrition database! I could tell you how much protein and carbohydrate was in every food item on my plate. The lunches served at Boardwalk Hall between rehearsals were intense. Dessert was always included–usually in large quantities, but I overcame every temptation to eat bread and sweets. I was so focused on my diet that I once had a dream where I accidentally ate a peppermint, and I panicked! Without realizing it, I was becoming obsessed with what I was and was not eating. 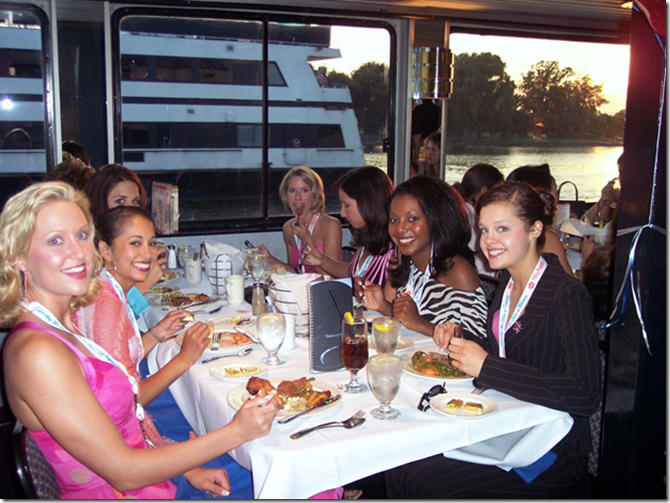 Dinners were always special events. Sometimes I had to go back to my hotel room and order room service afterwards, though, because there weren’t enough “Stage-diet” food options available at dinner, and I was STILL HUNGRY!

I had a great experience in Atlantic City, but I came home to Wyoming with an unhealthy relationship with food. I had a hard time easing back into normal eating. Because I was so determined to “be good” with my diet, I resisted the foods I loved. However, I unconsciously obsessed over them, wishing for a bite. Sometimes I would eat around the food I wanted—choosing a piece of fruit here, and munching on a slice of cheese there, but avoiding the homemade bread on the counter. On occasion, I would come home for the weekend and binge on anything I could find in my parent’s pantry. Guilty feelings immediately ensued, so I would take off on a long run to try to cure the very uncomfortable feeling in my stomach. I gained a bit of weight again as I struggled to avoid carbohydrates.   My body began to compensate for the lack of sugar available in my bloodstream by releasing glucose from the  glycogen stores in my liver. Basically, my body went into “starvation mode.”  Learn more about “starvation mode” at my post on “Low-Carb Diets.”

Not surprisingly, with the low body-fat percentage I had maintained for too long, my cycle completely stopped. I ignored that until my mother insisted I see a Gynecologist before heading to college. The Gynecologist was very nice but quite blunt with me. She said, “It’s fine if you never have a cycle again…that is, of course, if you never want to have children someday.” Marriage and family were a long way off for me, but it was certainly a dream of mine to have children. She prescribed me some progesterone, and away I went to BYU to study Dietetics. 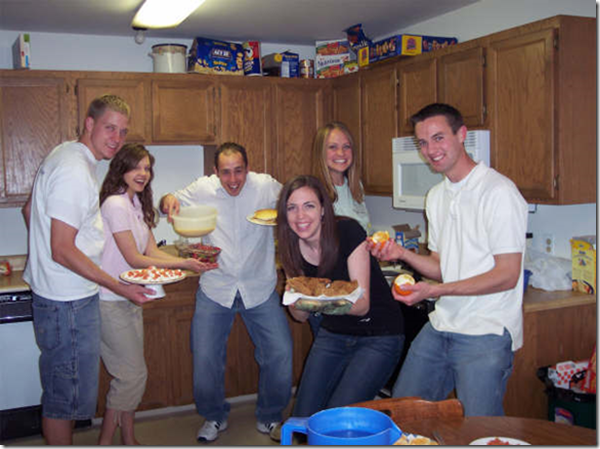 After earning my first A+ in Nutrition 100 (OK, it was actually a B+, but it was a ‘weeder’ class and I was a Freshman), I gained an amazing sense of freedom with food. I learned that grains are the very staff of life and should never be eliminated from your diet. We studied the book, Intuitive Eating (affiliate link) which teaches that there is room for every food in a balanced diet, and restricting foods only makes us want them more. The day I re-learned that it was okay to have a scoop of ice cream when I craved some, my world of food became broadened once again. I also learned the hard way on several late-night brownie binges with my roommates that it was miserable to ignore my hunger and fullness cues. Once I started eating intuitively, my regular cycles returned. The best thing my studies did for me was teach me there is room for every food in my diet. No food should be “off-limits,” and the key to healthy eating was all about variety.

Since 2009, Megan has used her Bachelor’s Degree in Dietetics from Brigham Young University to help people develop healthy food relationships. She combines evidence-based science, a dash of alternative medicine, and a large dose of practical food preparation to teach individuals how to feed themselves and their families nourishing meals with common ingredients. As a busy Mom of 5, she believes food should be simple, intentional, and HEARTY!