What I learned about Nutrition on the Wyoming Plains 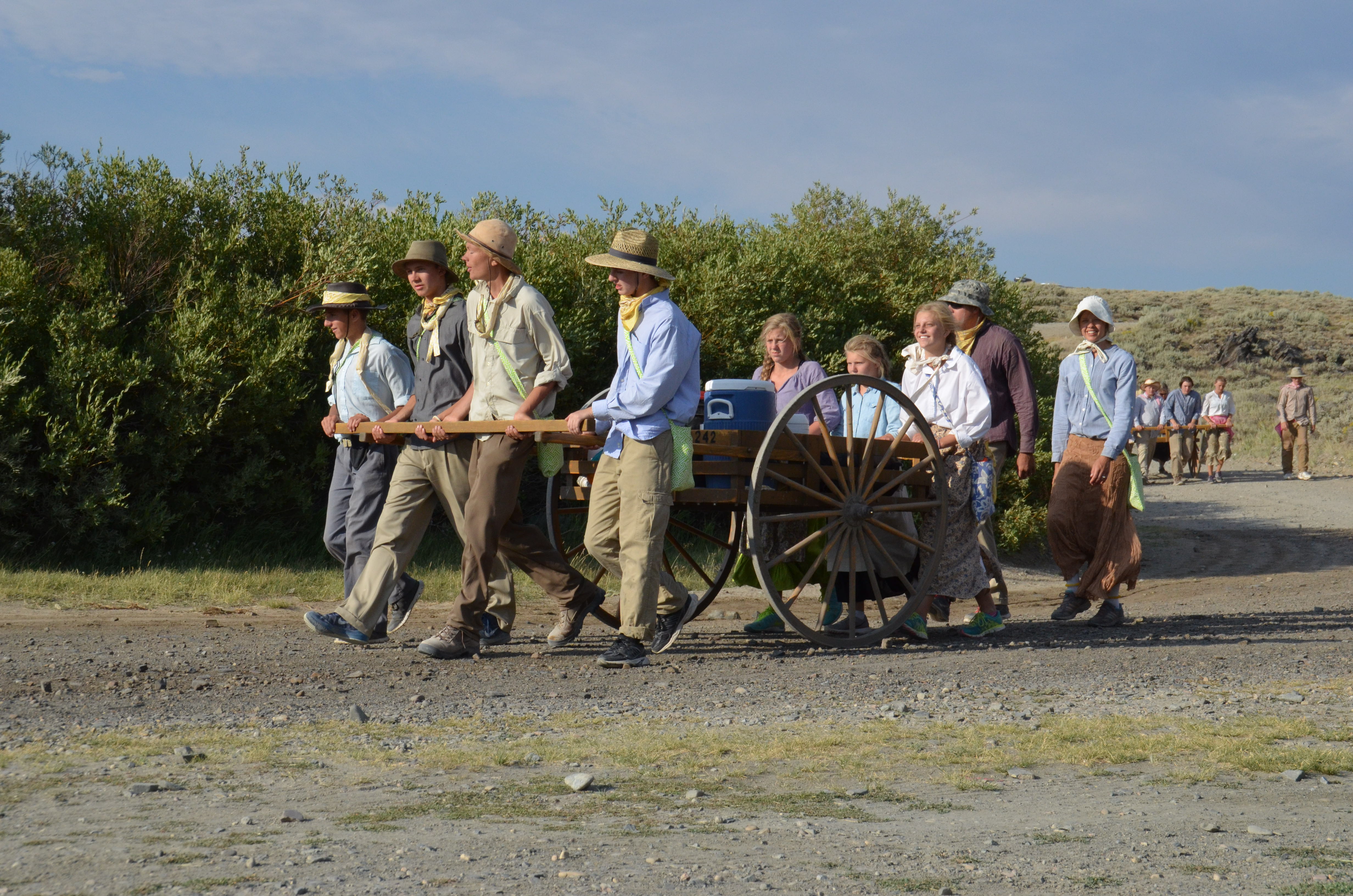 I just returned from the coolest experience with the youth of my church. I am a Latter-day Saint—sometimes more commonly referred to as a Mormon. The Church was established in 1830. Shortly after, members of the Church became victims of persecution.  To escape the persecution and settle a new area,  they began a great exodus from the eastern United States to Utah. They hoped for a better life where they could worship freely as they pleased.

Many Mormon Pioneers made the long journey west by pulling handcarts. One particular handcart company had a fateful journey to Utah in 1856. Those companies were led by Captain James Willie and Captain Edward Martin. They left late in the season and met early winter storms on the plains of Wyoming.  A journal entry of a rescuer from Utah, Dan W. Jones, described the desperate state in which he found the travelers: “The [handcart] train was strung out for three or four miles. There were old men pulling and tugging their carts, sometimes loaded with a sick wife or children–women pulling along sick husbands–little children six to eight years old struggling through mud and snow. As night came on the mud would freeze on their clothes and feet… The provisions we took amounted to almost nothing among so many people, many of them now on very short rations, some almost starving. Many were dying daily from exposure and want of food.”

They sought shelter from snowy blizzards in what is now called Martin’s Cove. About 56 people died there. However, of the 1200 total people who began the journey with the Martin Handcart company, approximately 1,050 of them survived the Trek West and entered the Salt Lake Valley in Utah by November 30, 1856.

My husband and I participated with the youth of our church, reenacting these events at the very places in Wyoming where the handcart companies were eventually rescued. An overwhelming feeling I had throughout the two days of pulling handcarts across the plains and over rocky hills was how miraculous it was that anyone survived such a grueling endeavor with so very little food.

On average, the Pioneers traveled 13 miles each day. In one day, my husband and I walked 14 miles along a stretch of land referred to as “Rocky Ridge.” The name explains well some of the worst parts of terrain we crossed. There was a section which we pulled our wooden handcart full of supplies and a young girl up a hill covered in boulders. By the time we reached the top, our calves were burning and we were totally winded. The image below is the data collected by my husband’s FitBit on our 14-mile Trek day. It gives us a rough idea of how many calories the Pioneers must have been burning on a daily basis.

On a good day, the pioneer’s rations included 8 ounces of flour and a half patty of Bison (Buffalo) meat, if they were lucky. These poor people were traveling the plains during heavy winter storms, so there were no plants available for consumption at all.

According to the USDA website’s “Super Tracker,” the flour and Bison rations only provided 833 calories for the day. Like I said, this is a generous estimate of food allotment. At one point of the Trek, the Pioneers cut their rations to 4 ounces of flour for the adults and just 2 ounces of flour for children. Many of the men gave all of their rations to the women and children, and consequently they were the first ones to pass away on the trail.

Comparing the calories burned: 4,031 to the calories consumed: 833, it is obvious that there were major calorie deficits happening there. So,  just how long can the human body withstand so much physical activity in below freezing temperatures, crossing freezing rivers, with so little calorie consumption?

In a CNN article discussing the safety of very low-calorie diets, Dr. Melina Jampolis, a physician nutrition specialist states, “Diets of less than 800 calories can lead to numerous complications including heart arrhythmias, which could lead to death. Extreme dieters are also at risk of dehydration, electrolyte imbalance, low blood pressure and high uric acid, which could lead to gout or kidney stones.”

Dr. John Hernried, medical director for OTC Medical Weight Loss Group, a weight-loss clinic in California says, “No matter how good the nutrition is in the product, the brain will start to break down under 600 calories.”

An article in Scientific American explains, “In situations of voluntary refusal of food and hydration, death typically ensues after 10 to 14 days.”

Information from Wikipedia further explains that if a person is drinking water, they can survive up to 40 days without food. This particular Trek west by the Martin Handcart Company lasted over 90 days.

One Journal entry from an 8-year-old traveler named Mary Hurren describes the starving state she was in before the rescue wagons arrived with relief supplies. She wrote, “During the last few days before relief came [over 60 days into the journey] our small allowance of flour was cooked as a gruel and eaten that way. Pieces of rawhide on the handcarts were also cooked to secure what food value there was in them. I remember one morning my father [James Hurren] went out, and with a stick uncovered from the snow a piece of rawhide about a foot square. After wa[s]hing it in snow water and scraping the hair off, he cut it into small strips and boiled it. Those pieces were then given to us to eat. We were very thankful to receive them, and chewed them as we would gum until we secured what nourishment there was in it.”

It makes no sense that any of these people survived the exposure, lack of food, and extreme exertion required to make the Trek West. Some may say that their sheer grit and unending determination to reach greener pastures is what got them to the Salt Lake Valley. I know better. The only explanation possible is that they received help by means of Divine Intervention. One journal entry described it this way, “I have pulled my handcart when I was so weak and weary from illness and lack of food that I could hardly put one foot ahead of the other. I have looked ahead and seen a patch of sand or a hill slope and I have said, I can go only that far and there I must give up, for I cannot pull the load through it. … I have gone on to that sand and when I reached it, the cart began pushing me. I have looked back many times to see who was pushing my cart, but my eyes saw no one. I knew then that the angels of God were there.”

After experiencing just two days of trekking along the Plains, my eyes have been opened to a little facet of nutritional knowledge: Sometimes the Lord sustains when food cannot. 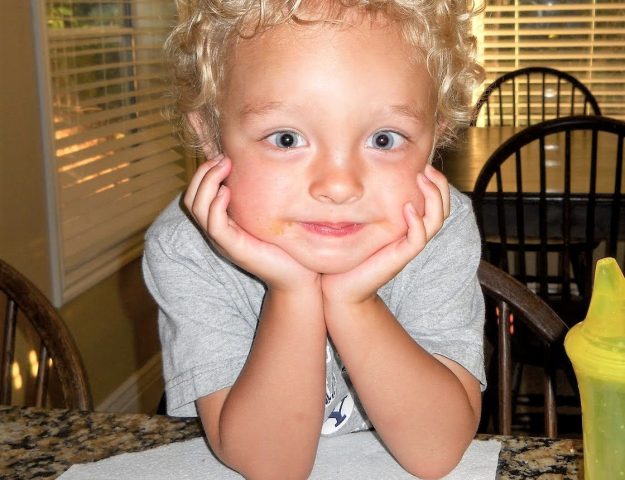